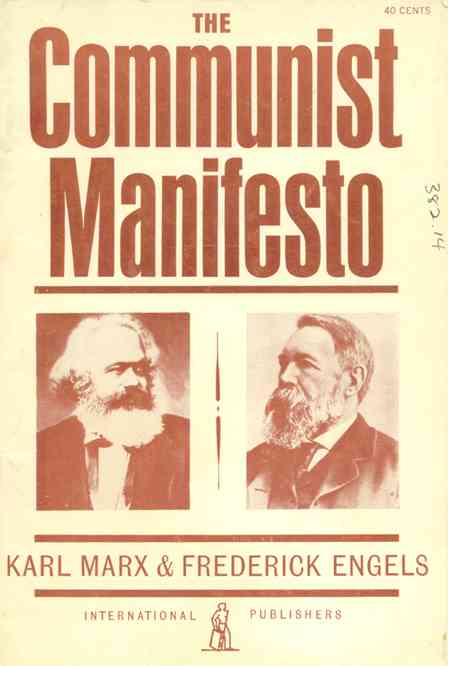 An old professor of mine used to say that the best way to make people review their assumptions, to generate commitment and to promote change is through the use of manifestos. Then again, when we talk about change we inevitably talk about innovation.

During the mid 1980s Karl Marx and Friedrick Engels were not satisfied with the political and socio-economic situation in Russia. They wanted the proletarians to review their assumptions about how society should be organized. They wanted the workers to commit to a revolution that would overthrow the capitalism in favor of a classless society. The first step was obviously to write a manifesto, the “Communist Manifesto”.

This is probably the most famous manifesto in history, but there are several other examples. When David Grossman wanted to wake up IBM for the next big thing (the Internet) he wrote a manifesto describing how the World Wide Web would revolutionize pretty much everything and how IBM would need to jump in if it was to survive the next decade. This happened back in 1993 and the manifesto was called “Get Connected Manifesto”.

Now, if you want to create your own call to action there is a very interesting site called ChangeThis. Basically users are able to submit their own manifestos, which will subsequently get voted by the community and the best ones are published on the site (as a nice PDF file).

“People call the team at ChangeThis optimists because we don’t believe it has to be this way. We don’t believe humans evolved to be so bad at making decisions, so poor at changing our minds, so violent in arguing our point of view. We’re well aware of how split our country and our world have become, but we don’t think the current state of affairs is built into our very nature”.

Below you will find some of my favorite manifestos. Have fun: