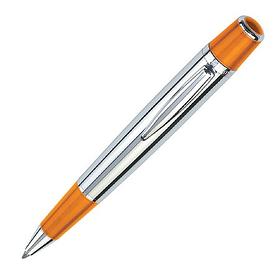 Most of the inventions that changed the world carry an interesting story behind them. Understanding the forces that pushed such inventions should also enable us to handle better modern innovations. With that in mind I decided to create a new category on Innovation Zen called “Invention Stories”. I will try to add the story of one important or curious invention every week, and today we will talk about the invention of the ballpoint pen.

Necessity is the mother of invention, no doubt. Ladislao Biro, an Hungarian, was a sculptor, a painter and a journalist. But he was also a printer’s proof reader, and the need to incessantly refill his fountain pen from a bottle of ink was driving him crazy.

In the early 1930s he and his brother Georg, a chemist, started experimenting with a pen that would not need to be refilled and would not smudge the pages. The concept would revolve around a ball that was used on the tip of the pen. As the object moved along the paper the ball would rotate and bring ink from the cartridge.

In 1943 the two brothers moved to Argentina, and there they found someone willing to finance their invention. They started selling ballpoint pens in Argentina under the name of Birome, and soon they opened a factory in England to provide pens to the Royal Air Force.

The pen used to be publicized as the only pen that could write under the water. In the first promotional event 5000 customers (who apparently longed to write under water) gathered in a square to watch the demonstration. After a couple of years BIC Corporation bought the company, and the rest is history.