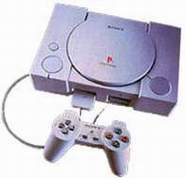 Until the early 1990s the video game industry was dominated by Nintendo and to a lesser extent by Sega. Sony introduced its PlatStation in 1994 and within a couple of years it managed to displace competitors becoming the undiscussed leader for video game consoles. At some point in time the PlatStation held almost 70% of market share, representing one of the most profitable divisions inside Sony.

Looking back it appears that Sony’s top management outlined a great strategy to enter the gaming industry. Even the press used to acclaim it some time ago. Well, what if I tell you that the story was quite different? In fact it was exactly the opposite, Sony’s executives considered video games a fad and they tried firmly to block any project that would go in that direction.

If it was not by a revolutionary engineer, named Ken Kutaragi, Sony would probably have struggled to survive the late 1990s when its electronic business started to decline.

After obtaining an Electronics degree Ken Kutaragi started working for Sony in the digital research labs. It was clear that the guy had talent right from the beginning, some of his early projects included the Liquid Crystal Display (LCD) and the development of digital cameras.

Somewhere around 1984 Kutagari bought to his daughter the NES (Nintendo Entertainment System, also known as Famicon), which awakened his interest upon game consoles and clarified to him the opportunities that video games could create. Kutaragi shared his ideas with some managers at Sony but the responses were discouraging, to say the least.

Sony regarded itself as a manufacturer of sophisticated electronic devices. Video games, on the other hand, were seen as inferior products, specially under the honor-driven Japanese culture.

The partnership with Nintendo

A couple of years later Nintendo approached Kutaragi’s department to see whether they could produce a sound chip for Nintendo’s next generation game console (the 16-bit SNES). Kutaragi accepted straight away, without even informing the higher ranks of the organization about the project.

When the SPC700 sound chip was almost ready Sony’s executive discovered the project, and they were furious about it. Kutaragi was only able to keep his head, I mean his job, because Sony’s CEO Norio Ohga knew him personally and was willing to bet on Kutaragi’s genius.

Once Kutagari had the support of some senior managers he decide to start a new project with Nintendo, again hidden from most of Sony’s executives. The objective of the project, called “Super Disc Technology”, was to develop a CD-ROM add-on for the cartridge based SNES.

The partnership between Nintendo and Sony was not that solid, however. In May of 1991 Nintendo decided to break up with Sony and sign a contract with the Philips, the Dutch electronics giant, who was developing a superior (according to Nintendo) CD-ROM technology called CD-i.

Sony sued Nintendo for the breach of contract, but Japanese partnership contracts were pretty vague by the time and Nintendo managed to get away without legal penalties. Afterwards Nintendo also sued Sony claiming that it owned some of the concepts around the standalone game console that Sony was planning to develop, but a federal judge in the US denied the legal action.

Sony goes its own way

The betrayal was a hard hit for Kutagari’s team, but it did not mean game over. The following day Sony declared: “it has become obvious that Nintendo non longer deserves to be Sony’s partner. Sony should go its own way”.

Sony immediately decided to transform the “Super Disc Technology” into its own gaming console. By the time Kutagari had convinced a broader segment of Sony’s top management about his vision and the company officially announced late in 1991 that it was working on a game console project, called PlayStation.

A turning point appeared when Kutaragi decided to use a technology called System G (where “G” stands for Gazo, the Japanese equivalent of image). Coupled with a sophisticated RISC processor this technology, developed at Sony’s Atsugi laboratory, would allow real time rendering of three-dimensional images.

Nintendo kept the CD-i development with Philips alive until 1993 when it decided to abandon this feature altogether in favor of a new chip called Super FX-Chip (by the time they were also starting to work on their next generation console, the Nintendo-64).

In December of 1994 Sony officially launched in Japan the Playstation. The rest, as they say, is history.