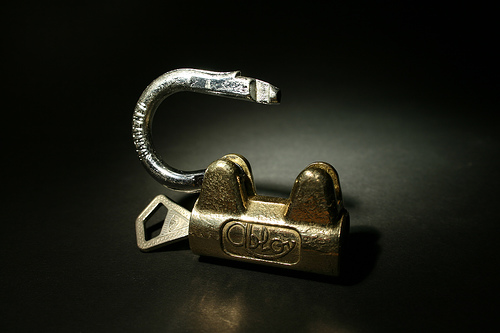 Most organizations fail to sustain growth over the long term because they are not able to innovate on a systematic basis. Even when we talk about large, presumably successful companies, there is a clear pattern where they create radical innovations once or twice, and after that they rely on “incrementalism”. Companies focus on doing better or more (of the same) things, when they should rather focus on doing different things. Below you will find 7 ways to unlock innovation. Bear in mind that most of those measures can be applied by a single individual, so make sure you shake things up on your company.

1. Explicit the assumptions: if you want to unlock innovation you should start by exposing the rules and behaviors inside your organization that might be hindering innovation in the first place. Often times more important than getting answers is asking the right questions. Keep in mind that outlining the “declared norms”, the ones you will find in the mission statement and other official documents aiming to guide employee’s behavior, is not enough. You will need to dig deeper and highlight the “hidden norms” governing how people think and act around there.

3. Welcome failures: you need to pursue failure if you want to innovate and consequently to succeed. Now let me clarify this point. I do not mean you should pursue failure for the sake of failing. But rather because you can learn from failures and because it will spark new ideas. When a company fails it is necessarily trying new things, new concepts. It is stretching itself beyond the comfort zone. Companies should create a culture where mistakes are allowed (and even promoted) as long as they contribute to growth.

4. Use multiple sources of innovation: if you ask managers what strategy their company is adopting to foster innovation you will probably hear: “we invest millions of dollars into R&D, we hire the best engineers and we also have a great Chief Innovation Officer”. Now, while those can be good sources of innovation, they are not the only ones (and not necessarily the most important ones). Innovation can emerge from employees, partners, suppliers, customers and so on. So make sure you are not neglecting any of them.

5. Go beyond product innovation: over the last decade companies and managers have paid too much attention to product innovation. No wonder most people associate the word innovation with the introduction of a new, revolutionary, uber-technological device. Instead of focusing exclusively on product innovation companies should think how they can innovate their processes, their structure, their business model and even their market.

6. Spot changes both as threats and opportunities: some companies spot market or technological changes exclusively as threats. They end up taking defensive actions to protect their segment, not figuring out that maybe that segment will not exist at all in the near future. When desktop computers started to emerge the producers of mainframes and supercomputers hurried to defend their segment, creating barriers and technical difficulties so that a desktop manufacturers would not be able to sell mainframes. Some 5 years later, however, desktops represented the largest segment of the computer industry, and by the time mainframe producers had already lost the opportunity to jump in.

7. Execute: good ideas come from acting and not from thinking. Many people sit in front of the drawing table and try to come up with the so called “killer application” or the “next big thing”. This is a plain waste of time. Now don’t get me wrong. Strategic planning is essential, but most people are able to carry it out. They fail, instead, when they need to execute and implement the strategy. A good rule of thumb is “Ready. Fire! Aim”.