In previous articles I have outlined how the usage of the term innovation has grown exponentially over the last years. You can hear it in politics, institutions, international organizations and so on. Despite this popularity, however, we can say that innovation management is still an immature “science”. There is no dominant theory on the field and little agreement among managers and academics alike regarding what affects a company’s ability to innovate.

With that in mind I decided to start a series of articles covering the most influential innovation management theories, laying down a comparative analysis where the insights gained from one theory can be used to fill the gaps of another. Throughout the series I will cover different authors (Henderson, Utterback, Teece, Tushman, Forster, Christensen, etc) and different concepts of innovation (incremental, modular, architectural, radical, product, process, market, disruptive, organizational, complementary, etc). 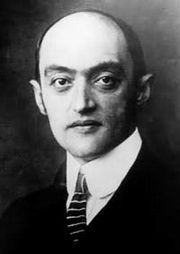 The first part will be dedicated to the Austrian economist Joseph Schumpeter, a pioneer when we talk about innovation management. Around the 1930s Schumpeter started studying how the capitalist system was affected by market innovations. In his book “Capitalism, Socialism and Democracy” he described a process where “the opening up of new markets, foreign or domestic, and the organizational development […] illustrate the same process of industrial mutation, that incessantly revolutionizes the economic structure from within, incessantly destroying the old one, incessantly creating a new one”. He called this process “creative destruction”.

Some years later, however, he changed his view, stating that larger corporations with some degree of monopolistic power could have an advantage to develop innovations. Compared to smaller firms such large corporations have better resources and more market power. Unfortunately the innovation theory was only a marginal part of Schumpeter’s work, it was derived from his analysis of the different economic and social systems. The theory therefore has no empirical foundation at all, there is no strong evidence to support a relationship between the size of a company and its ability to innovate.

One important insight arising from Schumpeter ideas, though, is that innovation can be seen as “creative destruction” waves that restructure the whole market in favor of those who grasp discontinuities faster. In his own words “the problem that is usually visualized is how capitalism administers existing structures, whereas the relevant problem is how it creates and destroy them”