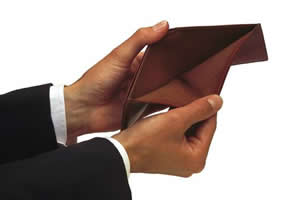 In 1983 IBM was the most admired company of the Fortune 500 list, it accounted for 40% of sales and 70% of profits in the computer industry. The company had enormous resources, fine-tuned internal routines, a vast technological knowledge base and, as the press used to acclaim, it had also the best management team one could aspire. Yet, only four years later it started somehow to struggle, IBM became too focused on its core business and too arrogant with its market dominance, they were organized for “optimization” and not for “innovation”. Between 1986 and 1993 Big Blue was forced to lay out 200.000 employees and its profitability declined by billions of dollars, in 1993 alone it reported a financial loss of $8.1 billion.

Stories like the above one, even if not as dramatic, are not uncommon. Consider the lists Fortune 500, Forbes 100, Global 1000, S&P 500 and so on, they collect the largest and, supposedly, the best managed companies in the world. If we take a closer look, however, practically all of those large organizations underperform the market in the long term, a rather counter-intuitive fact.

For example take the Forbes 100 between 1917 and 1987; out of the 100 companies ranked in the starting year 61 ceased to exist and only 18 managed to stay in the list, of those 16 underperformed the market average (7.5%). Only General Electric (7.8%) and Eastman Kodak (7.7%) managed to generate returns above the average. There are plenty of academic studies supporting this view. Jim Collins examined a sample of 1435 companies between 1965 and 1995, founding out that only 126 – equivalent to 9% – were able to outperform stock markets average for sustained periods of time. This estimation coincides with the study Harvard Business School professors Christensen and Raynor carried out. They alleged that statistically only 1 out of 10 companies are able to sustain shareholder returns for two years or more.

The failure rate (by failure I mean going out of the market or generating returns below the market average) of large companies around the world is not only surprisingly high but it is also accelerating. During the 1930s the S&P 90, predecessor of the S&P 500, presented a turnover of 1,5% per year. For a given company the average time on the list was therefore 66 years. By 2000 the S&P 500 turnover had increased to 10%, meaning that the average company stays in the list for 10 years!

All these evidence suggest that over the long term the vast majority of companies are trying, at best, to survive. Several factors affect this pattern, one of them is the unsuitability of current organizations to deal with innovation. Most companies have mastered the so called “principles of good management”, they have detailed value chains, the right degree of hierarchy, lean production processes, co-ordinated flows of information, and so on. Those characteristics were the building blocks of competitive advantage during the industrial age. Under the information age, however, such management techniques become necessary but not sufficient.

Competitive advantage comes no longer from cost-reduction or optimization but rather from process, product, business model and market innovations. As one of my professors used to put it “the failure rate is so high not despite the efforts of MBA-educated managers, but because of it! In fact they are awarded a Master in Business Administration and not a Master in Business Innovation”.