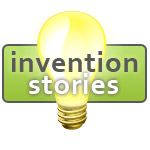 The Braille system was developed in 1829 by Loius Braille and it was adopted officially in France in 1854. The system is based on embossed dots, and each Braille character, also called a cell, is composed of 3 columns of 2 dots. The Braille system represented a great innovation, but it was based on an existent invention.

Loius Braille was inspired by Charles Barbier’s code. Barbier was a Captain of the French Army, and he developed the system to allow soldiers to communicate during the night, without making sounds and without using light. Barbier’s code, however, was based on large symbols raised on paper so that a person would need to move his finger before being able to identify the character. Braille recognized such a problem and created smaller symbols that could be encompassed by the finger.

This story illustrates that even great innovations can emerge from old ideas or existent concepts. Asking the right questions sometimes can be more useful than having the right answers.

*For the sake of completeness, the first book created with raised letters for blind people dates back to 1784. It was designed by Valentine Huay after he witnessed one of his blind students reading a paper which had been heavily indented by a printer.