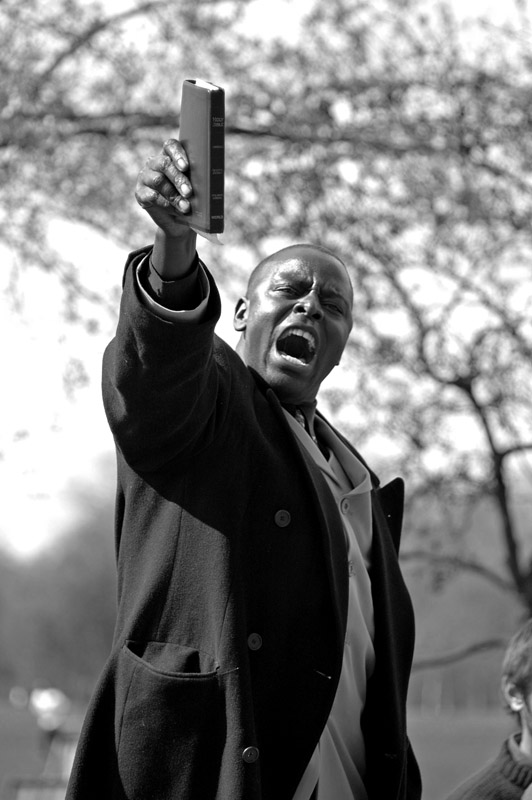 Have you ever wondered why most companies, despite being very innovative, struggle to develop new valuable products or services for their customers? I mean, just enter the website of some large organization and you will probably see some “innovation bla bla” like “innovation is one of our core values” or “our innovative solutions will help you…”. In reality the vast of majority of the companies out there are not innovative, they just claim to be.

What if we bring that issue to a personal level. Most of the people I know claim to be creative, insightful, dynamic and innovative. But are they really? Sometimes I even include myself in those questionings. Throughout my articles I use many big, fancy terms like “radical innovation”, “architectural innovation”, “7 ways to unlock innovation” and so on. But those are a load of bogus, “fried air” as they say in Italy. The real deal is what I do and not what I say, whether I practice what I preach or not.

Considering those issues I decided to share with you guys a situation that I passed through some time ago when I tried to shake things up on my work place.

The company that I work for operates in the network equipment industry. It basically produces the hardware (optical networks, routers, mobile infrastructure and the like) that is used by telecommunication service providers like Verizon or Deutsche Telekom.

Most projects, however, involve not only hardware but also software. When a certain carrier builds its own network it will spend around 80% on the hardware and installation and the remaining 20% on the software, called “Network Management System”. Well, at least that is how things have worked traditionally.

Probably you are familiar with the open source software phenomenon which revolutionized information technology systems after the many distributions of Linux started to spread. There are companies like RedHat that base the entire business model around open source solutions. Others, like IBM, leverage open source projects to increase the adoption of their proprietary platforms.

With that in mind I raised the question: what if instead of selling the network management software we decided to handle it freely to service providers and whoever else would be interested, all under an open source license?

Initially there would be some revenue loss, of course. But what if the positive effects deriving from such a move could offset the decline in revenues? I thought the idea was interesting and feasible to a certain extent, therefore I started preparing a small business case around it.

A couple of days later I presented it to my boss, and he was very receptive (perhaps because our division is not responsible for the software part of the business…). He then picked up the phone and said that he was calling the head of the software development team to discuss the idea.

My boss: “Hey Paul, I know that lately you guys are having a hard time to increase the revenues coming from software applications, but I have a guy working with me who wants to propose you an innovative approach to the software part of our business”

My boss: “What about instead of selling the software you don’t just give it away, licensing it as open source?”

My boss: *grins at me as if the guy on the other side just fainted…

After the phone call my boss managed to set up a meeting with the three of us, and we discussed the case. The conclusion was that implementing such a drastic change, even if feasible, would take at least a couple of years. Yeah, YEARS. But that is fine, because my purpose when I started preparing the business case around the open source idea was not to actually change things overnight but rather challenge people’s assumptions and hopefully get them to view our current problems through different perspectives.

How do I know that I achieved it? Well, on the following weeks some other people came to me asking more details about the concept and saying that maybe it was not a crazy idea after all…

What about you, do you walk your talk?