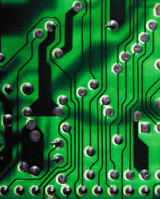 Professor Kim Clark recently published a working paper where he argues that companies should invest in architectural knowledge to create sustainable competitive advantage. In his own words: “by studying the underlying cause-and-effect relationship in a complex architecture, a firm can identify “bottlenecks” and redesign the interfaces of key components to make them more modular (…) and it can outsource more activities without sacrificing either performance or cost”.

According to the paper this was the strategy used by Sun Microsystems against Apollo Computer in the 1980s and by Dell against Compaq and other PC manufacturers in the 1990s. I think a similar approach is also being by used by Chinese manufacturers in many sectors including motorcycles and telecommunications equipment.

In my opinion this pattern will be observed in many other industries. It fosters innovation and collaboration creating win-win situations. To read the full paper click here.