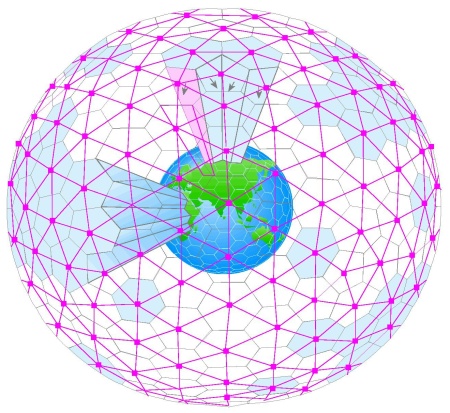 Internet is undoubtedly one of the biggest innovations of the last decades. It has changed the way we gather information, communicate, work and ultimately the way we live. Would you be able to imagine your life without web sites, emails, voip and the like? It is a difficult task right? What about trying to imagine the future of the internet? What will it look like in 2020?

That is exactly what Pew Internet tried to figure in a recent “The Future of the Internet” survey. They basically proposed 7 future scenarios (Lee Rainie, director of the project, reminded me that Pew does not necessarily believe these scenarios will unfold) to hundreds of internet leaders, commentators and activists. Below you will find each of the scenarios and my related thoughts.

A global, low-cost network thrives: 56% of the respondents agreed that by 2020 we will have a worldwide interoperable network. I would go one step further. Connectivity will be ubiquitous by 2020. You will plug your computer (or any other device for the matter) into the global network just like today you plug your fridge into the electricity grid. Prices will follow alike.

English displaces other languages: 57% disagreed with this affirmation. While English will certainly represent an important language it will not be the only one. I think this is reasonable because the evolution of technology should enable the preservation of cultural differences. Improvements in real-time translation technologies should also push in that direction.

Autonomous technology is a problem: by 2020 many activities, including surveillance and tracking systems, will be performed without human interference whatsoever. Some people defend the idea that such dependency on technology might backfire (matrix-like). I do not agree with that argument, technology will be integrated into our lives as we move forward but we should be able to retain the control on the extent and security of such integration. Only 42% of the respondents, in fact, affirmed that they were worried about autonomous technology.

Transparency builds a better world, even at the expense of privacy: this is the only point where my opinion diverges from that of the respondents. I do believe that transparency is the way to go, even if some privacy is to be sacrificed. Then again, I think we will not lose privacy, but the concept of privacy itself will need to change in order to suit the new ways people will use to interact. The majority of the respondents said that transparency should not expand at the expense of privacy.

Virtual reality is a drain for some: most of the respondents affirmed that virtual reality will probably increase our productivity and interactivity by 2020. One of the drawbacks the survey mentioned, however, is that some technologically-savvy individuals might suffer from addiction to such virtual places. In my opinion the addiction to virtual worlds describes only partially the phenomenon. The other part refers to a large part of the population that will live almost exclusively on virtual realities. These people will switch back to their “normal lives” only for physiological needs (i.e. to eat, to sleep, etc.).

The internet opens worldwide access to success: “By 2020, this free flow of information will completely blur current national boundaries as they are replaced by city-states, corporation-based cultural groupings and/or other geographically diverse and reconfigured human organizations tied together by global networks”. I agree completely. Internet is making the world flat, talented people all over the world are no longer confined in the opportunities their local communities can offer. An internet connection is all it takes to be able to change the world, literally!

Technology refuseniks will commit terror acts: 58% of the respondents affirmed that by 2020 we will have people refusing to adopt technology. “Some will live mostly “off the grid” simply to seek peace and a cure for information overload while others will commit acts of terror or violence against technology”. My personal opinion here is that we will certainly have some people deliberately choosing to live “disconnected”. But terror acts to protest against the technology is something that we will probably see on science fiction films rather than on the streets.

The question then becomes: what do YOU think is the future of the Internet?