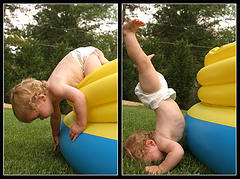 Some ten years ago I remember I was watching a documentary about the Brazilian F1 driver Ayrton Senna, who died tragically in an accident during the Imola GP, 1994. Senna had been the World Champion for three times already and, despite his relatively short career, many people consider him the best F1 driver of all time (myself included).

At some point in the documentary a F1 expert was asked what made Senna such an outstanding driver. He answered that Senna, from the very first races, had no fear to commit mistakes whatsoever. As a consequence, he collected so many mistakes in the early years of his career that at some point in time there was not much left to be figured out. From there other drivers could not match him anymore, and the rest is history.

This story has a very important lesson for organizations. You should not fear committing mistakes or collecting failures along the way if you want to succeed. Unfortunately our society promotes the “avoid mistakes at all costs” mentality. Attend an MBA and I am sure you will see tons of case studies explaining “how to avoid failure” in this or that industry.

You need to pursue failure if you want to innovate and consequently to succeed. Now let me clarify this point. I do not mean you should pursue failure for the sake of failing. But rather because you can learn from failures and because it will spark new ideas. When a company fails it is necessarily trying new things, new concepts. It is challenging the status quo.

As Tom Peters argues: “It is failure, not success that makes the world go around. Because failure typically means that someone has stretched beyond the comfort zone and tried something new… and screwed it up… and learned something valuable along the way.”